The Mystery of Stonehenge

Welcome to History of Architecture 101. In one of my recent trips, I got to the chance to visit Stonehenge, located in Wiltshire, England amongst the Salisbury Plain.  It is an ancient structure that still boggles the minds of historians and locals alike.  Stonehenge is considered to be one of the wonders of the world and is the best-known, prehistoric monument in Europe.  Its post and lintel construction has paved the way for the modern column and beam type of construction as well as the jointing systems we currently use. 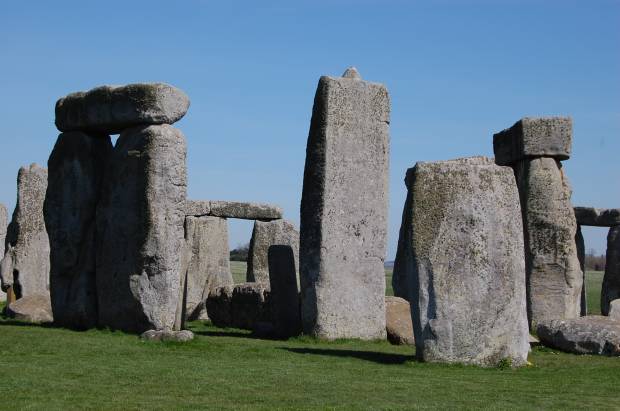 Stonehenge’s architecture and methods of construction are basic today but so complex at the time it was built.  It was produced in a culture that left no written records which leads to various imaginative theories.  Historians are still unsure of how the Blue Stones got to where they are now considering that these originated from the Perseli mountain 240 miles away from the current site.  Not to mention that most part of the journey of the 40-50-tonne stones included a trip which crossed waters and scaled a river.  Methods of construction and how the stones were transported, carried, carved, measured and laid out have been studied and theories began to pop up but up to this day, no one knows for sure.  This is what makes Stonehenge so extraordinarily ordinary.

What started out as a simple earthwork enclosure turned out to be the most complex, comprehensive stone structures of the pre-historic times.  It was built in stages that spanned centuries apart in three phases in which all phases required more that thirty million hours of labor.  Historians date the structure back to the late Neolithic period around 2500 BC.  Stonehenge was an important structure in the Bronze Age as later on revealed by the burials mounds surrounding it when artifacts suck as drinking vessels and pottery relating to that period were discovered around the area.

It has been said that Stonehenge was built for various purposes.  One story relates that it was built by aliens because of the way the circles are perfectly laid out.  Others say that it was built by locals who revered the land and used it to be a memorial and a human sacrifice site.  Around Stonehenge to this date, there are hundreds of barrows otherwise known as burial mounds scattered.  This area is considered to be sacred ground as it is a burial site made for the well-known people of the ancient village.  Still others theorize that Stonehenge is an ancient real time calendar laid out in a perfect circle, which maps out seasons, equinoxes and solstices.  Thus it was also regarded as a place of worship and the celebration of the Summer Solstice. 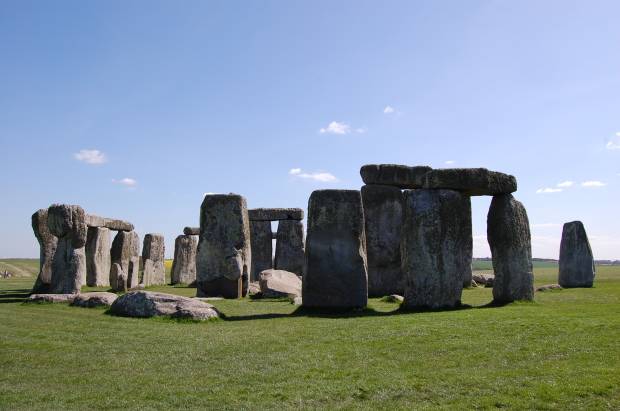 The Stonehenge Circle – The Blue Stones, Heel Stones, Station Stones, Altar Stones and the Five Trilithons of Sarsen Stones is what makes up the circles of Stonehenge. This is the remains of the prehistoric structure to date

The Summer solstice usually occurs between June 20 and 22.  Also known as the “Midsummer”, it is during this time that the axis of the Earth is tilted toward the sun.  It is also at this point of the year that the sun reaches its highest point in the sky as seen from the north and the south pole. On Solstice day, people in the northern hemisphere experience the longest period of daylight in a year.  In the polar regions however, daylight during the Solstice season is continuous for weeks to even months. People usually flock to Stonehenge at this time of the year because the solstice sun sits perfectly in between the horseshoe shaped stones, other wise known as a trilithon – two vertical stones capped by a horizontal lintel.  In the ancient world, the alignment of the sun to a certain stone marker was a sign that the seasons were about to change or that it was time to plant and harvest crops. On the site even sits an arrow and a Heel Stone marker that points to the true north which probably helped determine how far away the sun was from the north and most likely what season was coming. At summer solstice an observer standing within the stone circle, looking north-east through the entrance, would see the sun rise above the Heel Stone.  What a feeling it must be to witness this natural phenomenon! 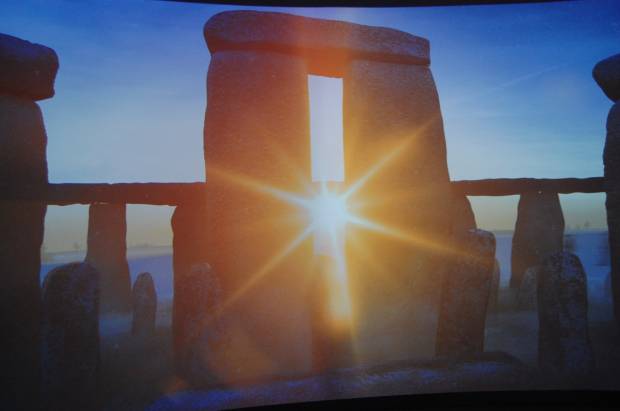 Trilithon on Solstice – This is how the Solstice is celebrated every year during the Midsummer festival. The Sun sits directly at the center and in between a Trilithion. This scene informed the ancient people that the Summer Solstice was above head

Today, the government of the United Kingdom has gone through a very extensive program that helps intervene the destruction and decay of Stonehenge for over a period of 5,000 years. Sarsen Stones, Blue Stones, the Trilithons and Heel Stones are typical  parts of the monument.  These stones have various functions and characteristics.  Although some over turned, the government has done a lot to preserve the stones that act as markers and speak a certain language to the prehistoric people. 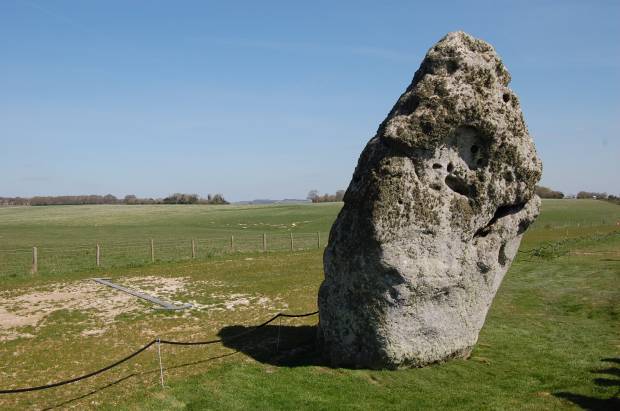 The Heel Stone and Arrow – The Heel Stone is a single block of Sarsen Stone tilted at 27 degrees, standing near the entrance to Stonehenge. It is a marker that points toward the north-east direction. Notice the arrow that also points to a certain point toward the horizon

What also quite interesting to note is the earthwork, surrounding the Stonehenge, are circular ditches on the earth that seem to close in on the monument.  In the middle of the ditch lies the Stonehenge monument itself. A lot of the stones have fallen and have been eroded but a portion of the structure still stands to tell the story.  What is even more interesting to point out is the impeccable detail that was put in to build the structure.  Locks were carved out on the stones which acted like mortise and tenons joints. To make it fit like a puzzle, some stone had tongue and grooves to their sides which helped the stone stay together longer.    It was very well thought of and perfectly executed.  How this was done so perfectly still remains a mystery to this day.  Local artifacts found on excavation sites reveal that tools such as bone and deer antlers were used to carve out these jointing systems.

I never thought I would set foot on Stonehenge but on that day, oh, how I felt the images of my history books come alive. Images in black and white popped out in full color, my five senses taking in all it could.  I almost didn’t want to take the Stonehenge trip because after all, it was “just a pile of rocks” but after experiencing the place in its context, and listening to the rich history of the place, it was a sight to see.  It was amazing enough to catch my attention during the first day of Architecture History class but it was even more spectacular to see it in person.

I was in awe to see how perfectly laid out the stone were and the details that I was able to take in from that simple piece of construction was well worth the trip.  I can almost imagine how it was like to experience the solstice using this prehistoric calendar.  I am left wondering how it must feel like to be there to witness the sun align perfectly in between the stones and how the prehistoric calendar, dating to about 5,000 years still seems to work without fail.  I intently took a stroll around the whole circle taking in every angle and detail, studying the stones and how they were laid out.  I was so blessed to have experienced this enigma to humanity that has stood out for thousands of years. 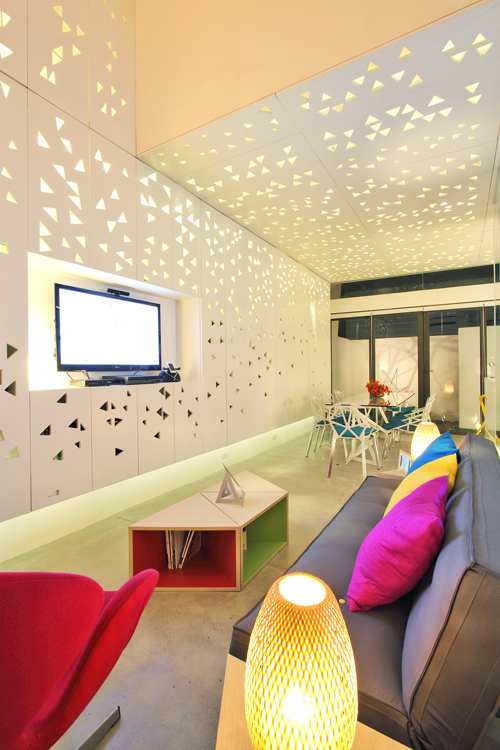 Interiors of 'The House' Project

This week has been such a great week for us, specifically for ‘The House” Project, an interior job that we recently completed which happens to be situated in a townhome complex which we also designed. It first came out in trendhunter.com, one of the widely read website that focuses on whatever is the latest on art and design.

Link to ‘The House” Project on Trendhunter.com 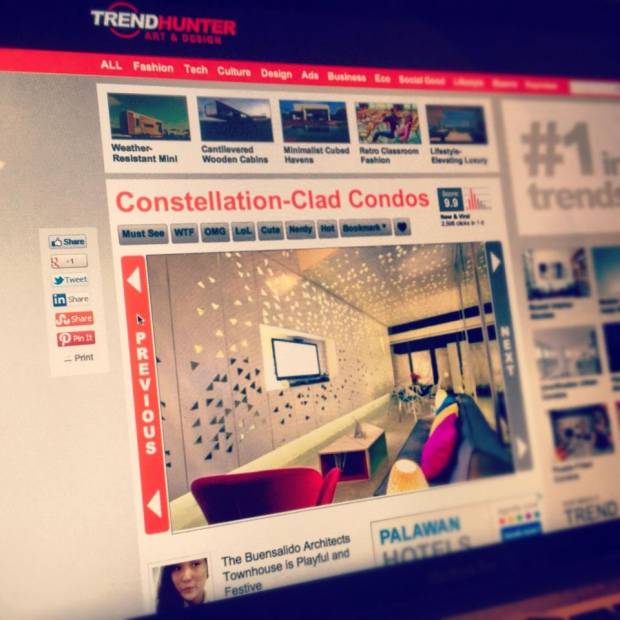 'Constellation-Clad Condos', as seen in trendhunter.com

A few days later, it also popped up in Contemporist.com, a leading website when it comes to modern interior, funiture, and architectural design. Though some of our work have already been featured there (Courtyard House, Via Venetto)   we were still so excited to see ‘The House’ Project on this site as it has become a culmination of all our principles and beliefs about how to contemporize Filipino Architecture. Check out the link below:

Link to article in Contemporist.com 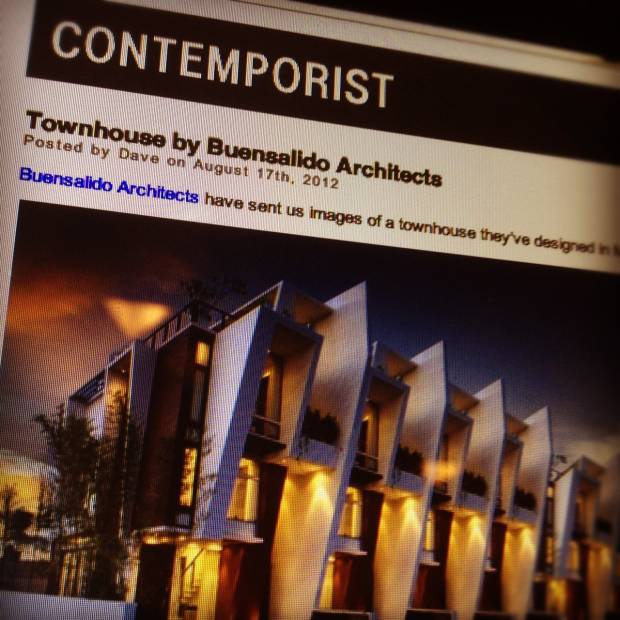 One of our goals is really to put back our country in the design map of the world, and we believe that the only way to do that is to stick with our identity and stop trying to be someone else by always desiring archietcture from other countries. Filipino Architecture doesn’t have to be stuck to a literal bahay kubo or a literal copy of a bahay na bato, because there are infinite ways to make it adapt to modern times WHILE reflecting our identity and culture in it. If anyone noticed, NONE of the themed architecture here in our country (Mediterranean, Balinese, Greek, Victorian, etc) have been featured in international design websites. But as soon as there is something distinctly Filipino about the design, it automatically gets recognition – like how Bobby Manosa and Kenneth Cobonpue got international acclaim. That simply means that all we have to do is be honest with who we are, be proud of our identity, make our designs speak about it, and we will be recognized as a strong player in the global design industry.