TV producer-realtor believes an unsinkable home is a ‘smart’ one

by Tessa R. Salazar, as seen in Inquirer and www.inquirer.net on September 10, 2016 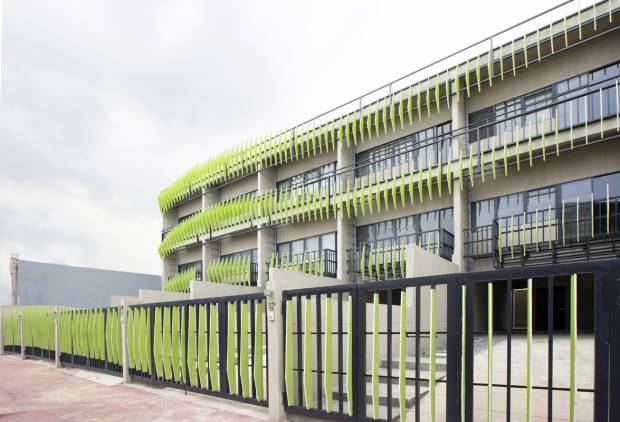 John Aguilar is out to prove a point when he decided to build a “flood-responsive” house right smack in a flood-prone city.

The Philippine Realty TV executive producer is all too familiar with Marikina City’s notorious river and the floodwater spilling from its banks during the monsoon season. In 2009, “Typhoon Ondoy” caused record flooding in the city and neighboring areas, inundating the homes of his relatives.

Soon afterward, Aguilar then came up with the idea of building a flood-responsive home that would showcase a design that could be adaptable to flood-prone parts of Metro Manila. That idea was dubbed “Project: Smart Home.” The realization of that idea is a 5-door townhouse, with a floating carport and the so-called Regenerative Amphibious Floating Terrace (RAFT).

“The entire 5-door townhouse has typhoon-adaptive elements (raised house design, insulated walls), but only the model unit at the center has the floatable carport and detachable balcony raft,” Aguilar told Inquirer Property.

Each Smart Home consists of a three-floor townhome. The first floor has space for cars, a covered portion that can be converted into a storage area or a place to entertain guests, a small pocket garden, and the stairs leading to the main entryway of the home. Instead of a communal area at the second floor, the bedrooms are located here, while the living room, dining and kitchen areas are on the top floor.

Aguilar told Inquirer Property that the estimated cost to build the smart home would be P20,000/sqm, excluding the floatable carport, detachable balcony and solar panels.

Aguilar revealed: “So, the cost comes out the same with traditionally built homes. We only have the special flood adaptive features for the model unit. The cost of the floatable carport, including the metal platform and guide rails, comes out to P500,000. This is a bit high due to the experimentation cost, plus the fact that we only built one, so we do not have economies of scale. We tested it out in the Marikina River to see if it was ‘flood worthy,’ using sandbags and our own weight to approximate the weight of a small SUV.”

The test was successful, and now the townhouse is “100-percent complete and for sale.”

“As a pocket developer, I believe it makes sense to promote the Smart Home now during the rainy season, as it is meant to be a solution to floods,” Aguilar added.

Aguilar’s team partnered with Buensalido + Architects to help develop the “bahay kubo” concept on which the Smart Home is based.

“Since the first floors are the first to go underwater when floodwaters rise, we made sure that the Smart Home is designed to start from the second floor up,” explained Aguilar.

“The open space of the communal area (at the 3rd floor) is where those who are stranded can stay together while waiting for rescue,” he added.

Aguilar said these areas are “usually where most expensive appliances and electronics, like the TV and refrigerator, is kept, so keeping it on the top-most floor safeguards it best from severe floods.

The floating carport consists of a platform that a car rolls onto in the parking area. When flood comes in, this platform is designed to float, with the car on top. The RAFT, on the other hand, is a floating balcony connected to the second level. It can be detached from the entire structure and float should floodwaters rise, thus helping residents escape to safety. 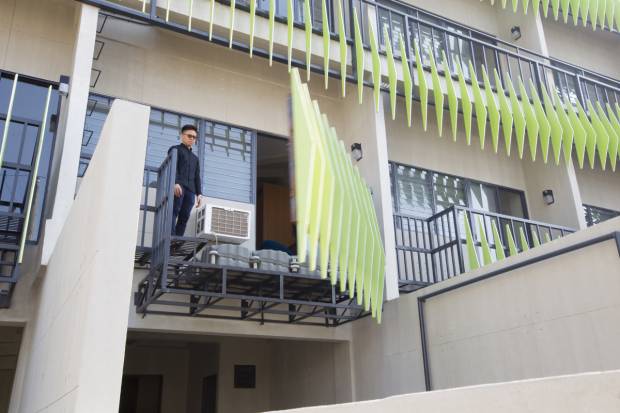 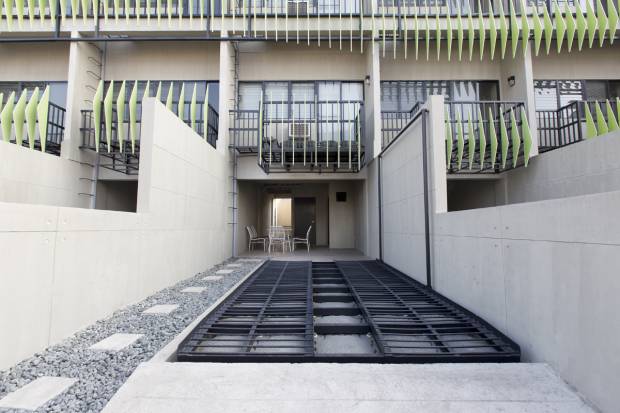 “Through ‘Project: Smart Home,’ we found a way to integrate the idea of flotation platforms to existing parts of the home to come up with a climate-adaptive real estate property model that effectively responds to a rapidly changing world,” Aguilar stressed.

Aside from the floating mechanisms and some clever repositioning, Aguilar also used panel systems containing an EPS core—more commonly known as Styrofoam—to insulate the Smart Home from the heat of direct sunlight, allowing the structure to retain a generally cooler indoor temperature akin to that of an icebox. Solar panels and LED lighting were also used to keep the house’s carbon footprint to a minimum.

“What we’re doing with the project is that we’re injecting technology and innovation into home designs, using these out-of-the-box ideas to help make homes in the country more flood and climate-responsive,” said Aguilar.

“We can’t wait to see how homes across the Philippines can adopt our ideas, and see this kind of change affect the country’s responsiveness to drastic changes in our climate,” he added. 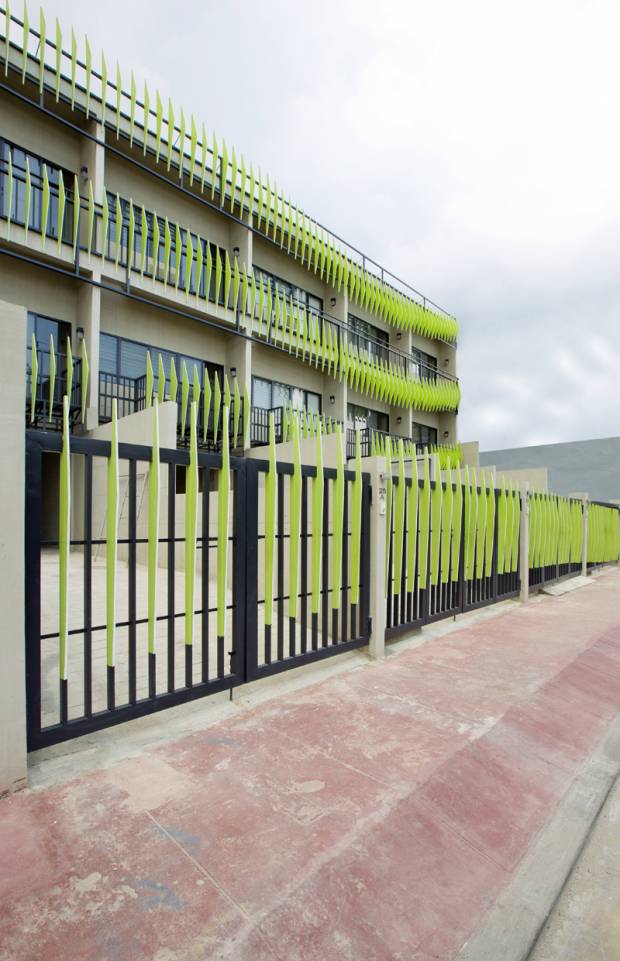 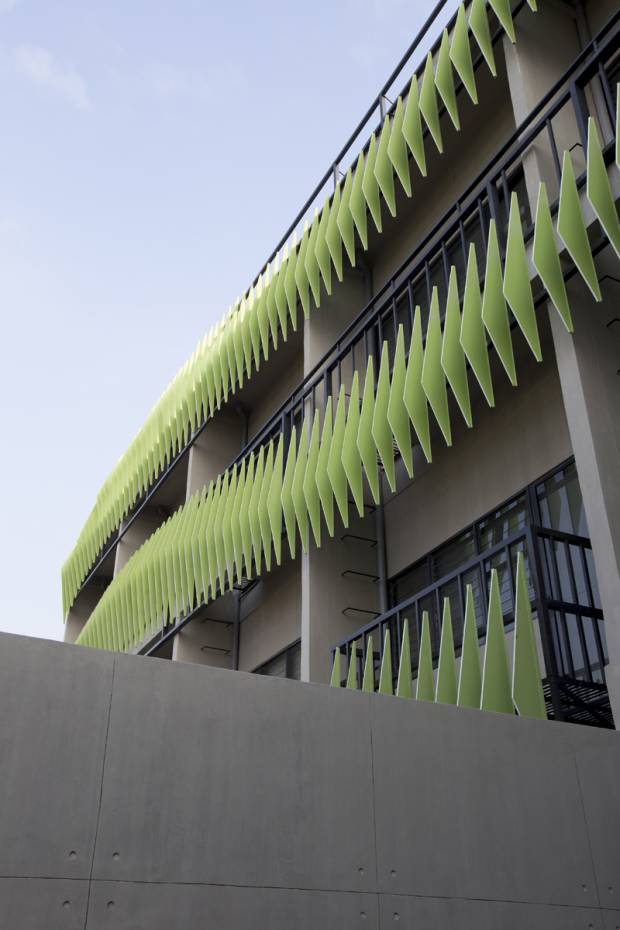