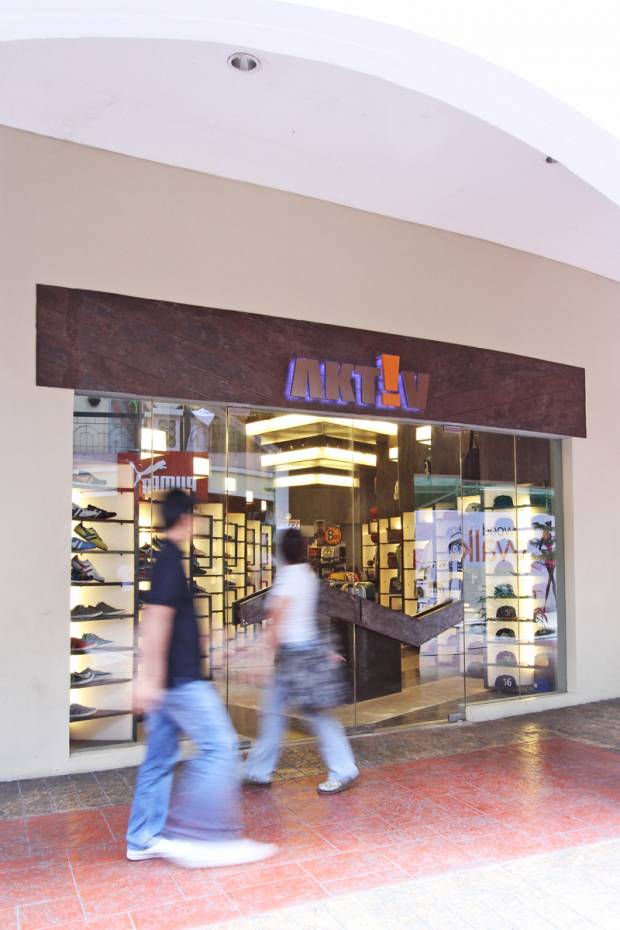 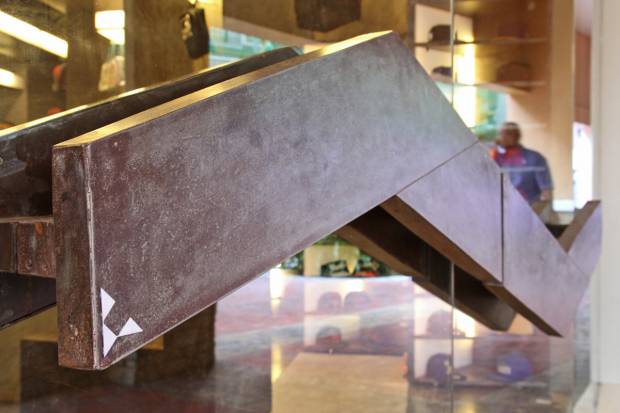 A few months ago, we were comissioned by the Relzbach Group to do a re-vamp of their store. Aptly called AKTIV, its a brand they developed that carries multiple brands under their wing such as Gola, New Era, Hunter, and Buff, among others.

Given all of these multiple brands with identities of their own, the real challenge was how to make the store look harmonious with all of these brands that have their own identities. Our solution was simple – to develop a module that could function in multiple ways as well, so that it could adapt to the specific need of each product. We started with a display shelf whose dimension was based on a shoe – this box is stackable to display multiple shoes, or be adjusted in dimension, to display products with differnet sizes such as bags and shirts. These boxes were also used as light shelves, to illuminate products that are far from the source of light in stores which is usually the ceiling. The boxes could also be used as signage bands – and with this, a certain visual organization was achieved as even if their logos and signages looked different from each other, the similarity of the module size and configuration that houses these logos are the same.

These modules were then rotated in such a way that it faces the storefront for premium visibility, stacked on each other, to form these “toblerone” shaped display modules (as the client fondly called it), that create an even bigger module collectively formed by the boxes. Sort of like an picture (toblerone) formed by pixels (boxes).

Being a store that focuses on an active lifestyle, we wanted to simulate the spirit of movement. By stamping these toblerone shaped modules throughout the perimeter of the store, a certain rhythm was achieved thru repetition, creating a visually appealing and dynamic atmosphere.

The choice of materials presented much difficulty during construction because of the absence of veneers. Concrete is seen as concrete. Metal is presented as metal. We wanted to achieve a certain kind of rawness in the interiors – the same kind of rawness people feel when they’re active. Call it visual honesty. 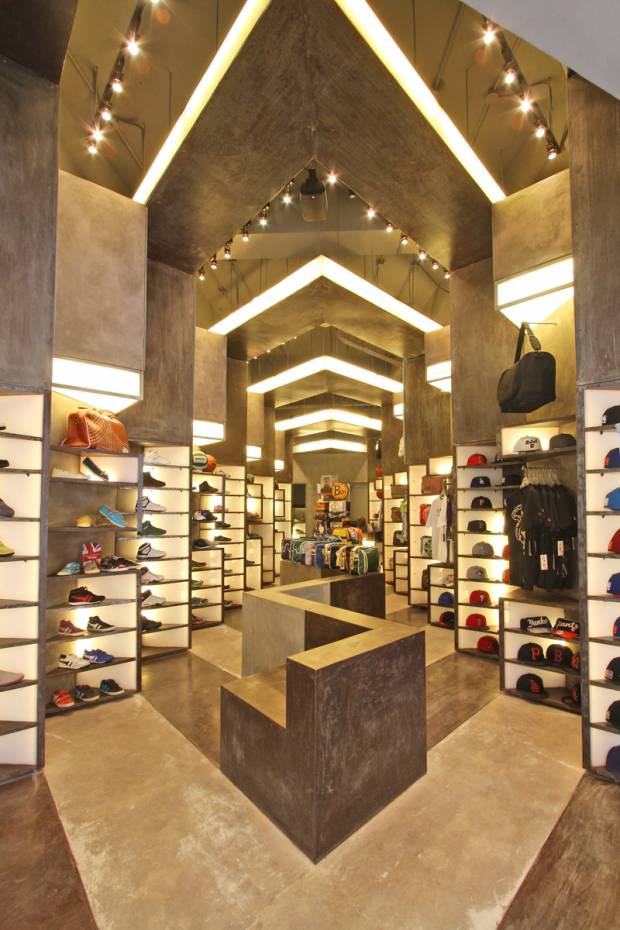 the space upon entry 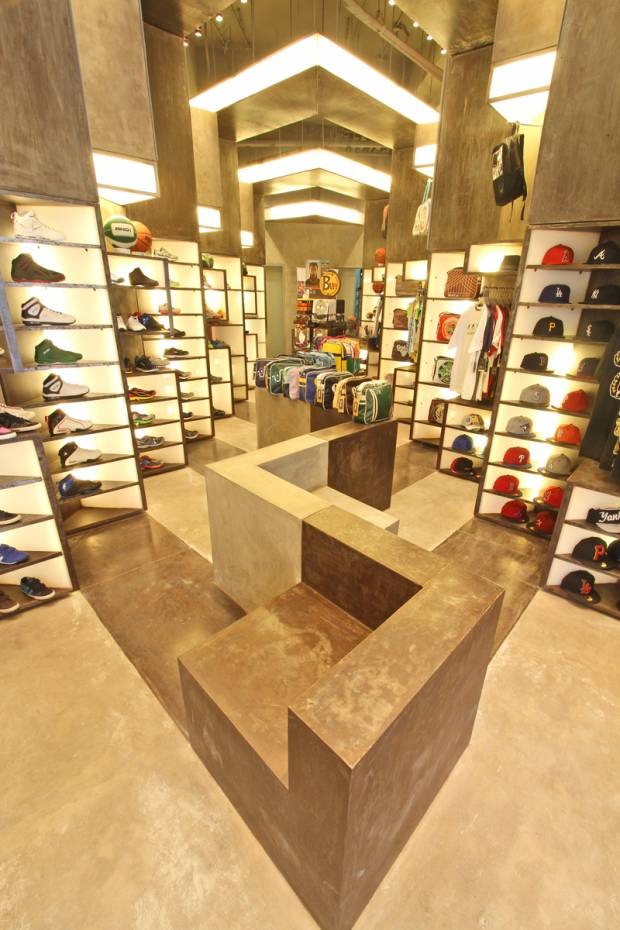 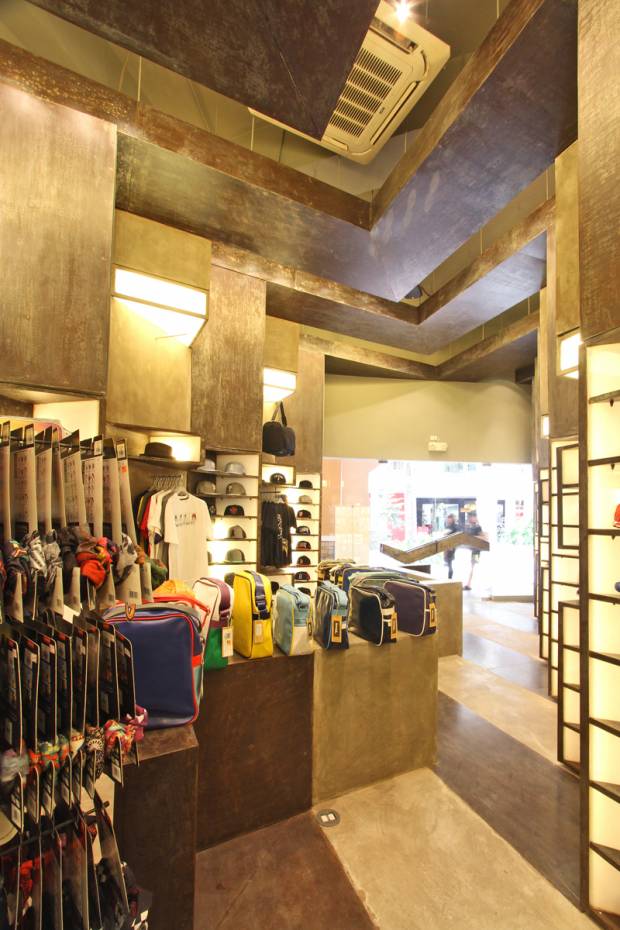 view from the interiors, looking towards the storefront 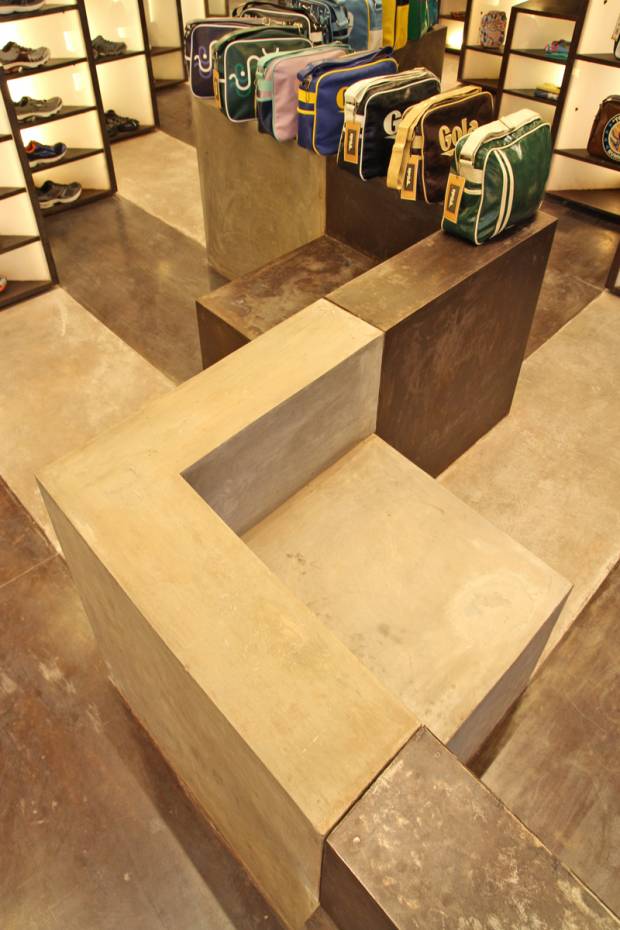 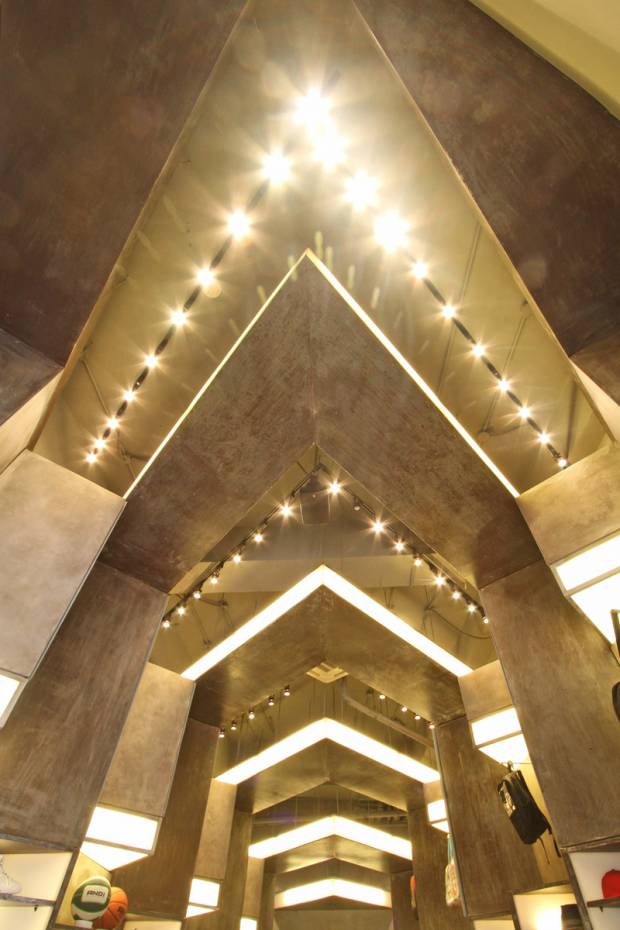 ceiling details - the shape is similar to the AKTIV identity